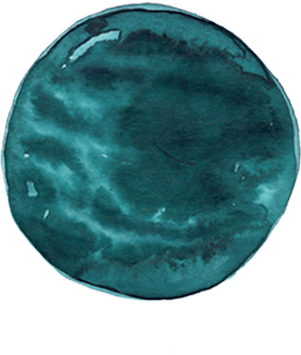 In this short post, we’re going to learn 6 facts about the first of the last snowball look alike planets in the Solar System. Named after the Greek god of the sky - it’s Uranus.

“A human being born at one of Uranus's poles would be a middle-aged man at sunset and a very old man before it was time for a second sunrise.”

Uranus is classified as an “ice giant”, one of only two ice giant planets in the Solar System. Uranus earns that classification because almost 80 percent of the planet is covered with and icy material made of up water , methane and ammonia, and making the atmosphere of the planet as cold as -224.2ºC (-371.6ºF) from time to time.

But get this – the ice shouldn’t fool you, because it’s not exactly chilly in the planet’s rocky core. Deep down there, that can reach a sweltering 4,982ºC (9,000ºF)

Uranus’ atmosphere is composed of several components: Hydrogen, helium, water, ammonia, and methane. This last component is what gives the planet the wonderful light blue colour - the methane gas absorbs the red colour from sunlight, and reflects the blue colour.

This is the biggest one to know about Uranus: how it rotates around it’s axis.

Uranus is the only planet in the Solar System that rotates on its side – so at a right angle to its orbit! This is why Uranus is known as the “Sideways planet.” Scientists suspect that Uranus obtained this odd rotational axis due to a collision with another space body, possibly something as big as planet Earth.

I have rings too!

Okay so we know Saturn wins on the whole ring situation, but we still can't deny Uranus its right to brag about its ring system - even if we can’t see it using personal telescopes.

Uranus’ ring system consists of two groups; an inner dark and faint group, and an outer bright group similar in colour to one of Saturn’s ring groups.

And due to the weird positioning of Uranus’ magnetic field, the auroras on the planet are not specifically aligned on the poles! Rather, they’re farther out towards the equator.

Invisible with the naked eye

You can easily spot the first 6 planets in the night sky with your naked eye, given the right time and weather conditions. But if you rely heavily on your eyes for stargazing because you don’t have a telescope, you’ll notice that Uranus (and Neptune) are a little beyond your sight.

You really can only see Uranus with a teleschope, and that’s what William Herschel did back in 1781 when he discovered Uranus for the first time - making it the first planet to be discovered using a telescope.